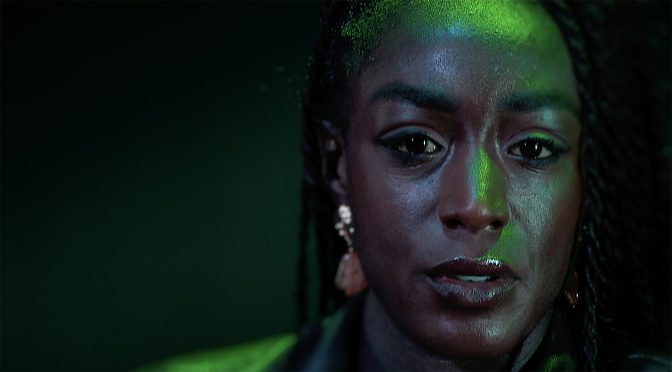 Reimagining Greek myths is not new. But if this first show of an online season is a benchmark, then theatre lovers are in a legendary treat. The creative compulsion to retell old stories for our times – in this case, Olympian gods in the modern world – is forcefully present, here. And the retelling is both thought-provoking and entertaining.

The first myth up is that of Persephone and the focus, I’d argue, is maternity: we hear most from the young girl’s mother, Demeter, and aunt, Hestia. Framing the story around motherhood and family proves moving and makes the myth very much about women (the men we hear from remind us that toxic masculinity is nothing new).

Behind a strong concept, writer and director Ross McGregor’s script does a heavenly job. Full of effective imagery, there’s a neat balancing of incredible events with a contemporary sensibility. And a good deal of humour… why not? Updating the story provides fun touches: Hestia runs a website called hearthandhome.com and these gods have Instagram accounts.

McGregor doesn’t shy away from making his gods suffer (if social media is involved, you know that’s coming). And he makes them scary at times. Generational battles and current concerns are both evoked but with a consistently light touch that aids the creation of compelling characters.

Demeter, now an eco-warrior who wants radical action, doesn’t have much patience for the younger generation – she’s had things tougher (how about a support group for people who have been eaten by their father?). And she also has some sensible ideas about soup. Meanwhile, Hestia is a modest character of enormous appeal. And if Persephone herself seems a little too naïve (the editing slips here), her treatment by Apollo is heart-wrenching.

The show has a true star in its performer – Nicolle Smartt. Playing all three roles, taking full advantage of McGregor’s characterisations, she ensures each is clearly delineated and equally compelling. It is hard to believe it is the same woman in each part. Hearing the views of all three, each perspective is made thoroughly convincing. Such a strong performance should not be missed.

The stories of Orpheus, Pygmalion, Aphrodite and Icarus are still to come, with a show every night at 7.30. The cast list is impressive and, with the ambition of focusing on issues that have come to the fore during lockdown – and if McGregor maintains such firm control – the project has huge potential. Enjoy the week.