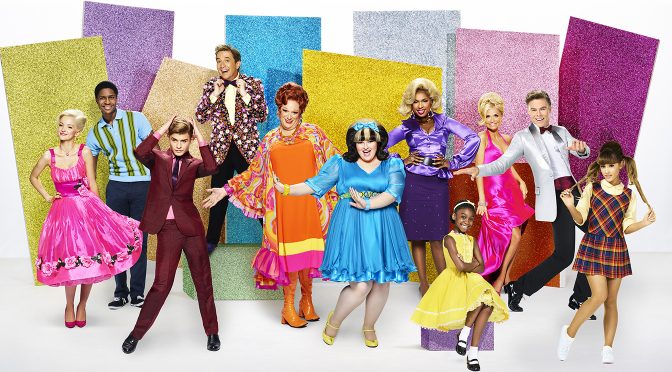 While few would call Marc Shaiman’s adaptation of John Waters’ movie a great musical, it is a lot of fun. And this version, filmed for TV by Kenny Leon and Alex Rudzinski, performed live with a star cast and plenty of cash behind it, really does the piece proud.

Maddie Baillio is a superb Tracy Turnblad, the teen whose adventures we follow and whose body-positive attitude is inspiring. Baillio has an innocent edge and manages to convey how outrageous the character is supposed to seem. Fighting segregation in 1962 Baltimore, through her protests on The Corny Collins TV show, gives this musical a sense of purpose. Mark O’Donnell and Thomas Meehan’s book, along with witty lyrics from Shaiman and Scott Wittman, make sure there is merriment alongside messages.

With the exceptions of the opening and closing numbers, Shaiman’s score, while enjoyable, isn’t quite memorable enough. Although good pastiche, with a point to make about how African American music was appropriated into the mainstream, it doesn’t unify into a whole that builds. The tongue-in-cheek lyrics are often better than the tunes themselves.

The production impresses, though, not least with the massive film studio set of a whole street, moving traffic and even rain! Judicious use of split screens is only one example of the impressive camera work – cinematography that also gets the most out of some great choreography which, inexplicably, IMDb doesn’t seem to credit.

Best of all are the characters and cast that, from Hughes’ film onwards, have become much loved and loathed. As well as star cameos from Rosie O’Donnell and Sean Hayes, this version has a lot to boast about. The legendary Harvey Fierstein reprises his role as Edna Turnblad and it really is a marvel to see how much he can get out of punchlines (even when they aren’t that good). Jennifer Hudson makes Motormouth Maybelle’s anthem, Big, Blonde and Beautiful, as rousing as possible – what a voice! Garrett Clayton as Tracy’s love interest, Link, shows surprising depth, while Ariana Grande, as her friend Penny, proves a fine comic actress. Hairspray also has great villains – the mother and daughter Von Tussles. The latter provides a fine role for Dove Cameron, who made me laugh out loud more than once. As for mummy dearest, the spectacular Kristin Chenoweth is a scream every moment she’s on screen. Tracy may be aiming for a “degree in musicology with a minor in ethnic studies” and, secondly (good girl), Link’s affection, but Chenoweth already has a doctorate in giving a divine performance.

Available on The Shows Must Go On! YouTube channel until 31 May 2020