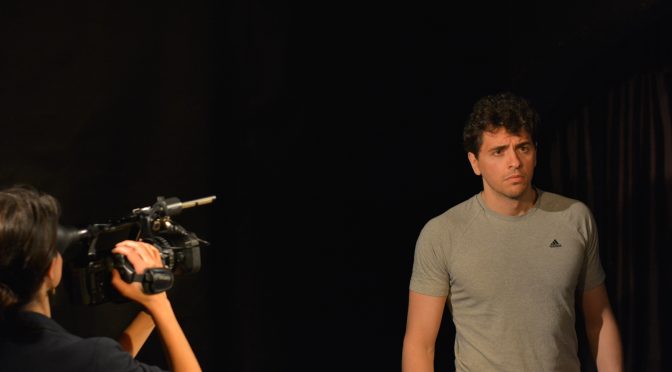 This solid and serious new play from Ian Buckley is tightly directed by Anthony Shrubsall. Tackling the subject of domestic violence through the prism of a documentary filmmaker, the play works best as a suspenseful thriller, uncovering the past of an initially charming psychogenic amnesiac. More cerebrally, Buckley aims at big issues surrounding the reporting of crime.

An incredible story, inspired by true events, the tension builds well. Clearly, a man recovering his identity would make good TV. It’s a shame that the lead character, an investigative journalist played commendably by Roseanna Frascona, is too well meaning and naïve to be credible. Likewise her creepy, clichéd TV producer (oh, go on then, maybe he is believable) is an unhappily clunky role for Alex Jonas. The debate is truncated and the characters sometimes flat.

The victims – labelling them as such indicates the central dynamic within the piece – are more interesting. Katrina Cooke fleshes out her character marvellously and similarly detailed work from Fed Zanni creates a husband and wife we care about. Estranged by a traumatic event, carefully revealed by Buckley, the TV cameras lead them to relive it and the result is tragic. The impeccably performed finale grips. This one scene is the germ of a play that could have been grown further, given the fertile ground here, but the piece impresses as it stands.