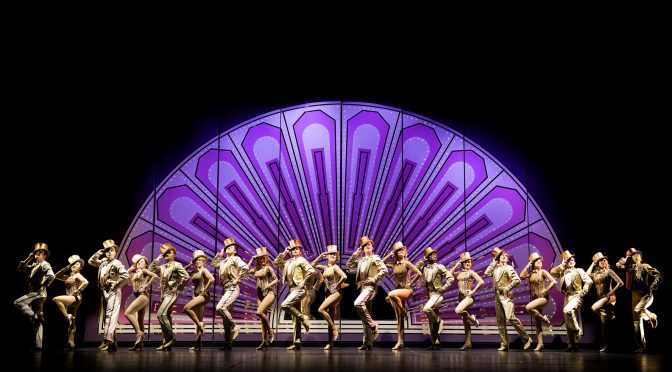 Revivals don’t come much bigger than this. Marvin Hamlisch’s classic musical, A Chorus Line, has been reverentially recreated by director Bob Avian for the first time in London since it was a smash hit in 1976. With Michael Bennett and Avian’s choreography re-staged by Baayork Lee, another member of the original team, the dancing is some of the best I’ve seen in the West End. This important piece of theatrical history is alive and kicking – if you’ve ever liked a musical, you’ll love A Chorus Line.

The clever thing about A Chorus Line, starting with its book, by James Kirkwood and Nicholas Dante, is how simple it is. The story of an audition for a Broadway show, a group of dancers assemble on a bare stage to bare their souls. Beyond the frankly silly idea that it’s difficult to get performers to talk about themselves (these guys are the original ‘over-sharers’) it’s a scenario that engenders sympathy, with the twist that the winners will then have to subsume themselves, dancing in strict unison in the background.

As we learn about the auditionees’ lives, from early memories, through puberty to adulthood, their desire for success and love for their work is inspiring. For these show people there really is no business like it – performing puts them in “the world of the living”, despite the professional and physical pitfalls of being dancers. In a series of great songs, each cast member tries to stand out and impress the deity-like director, played with suitable imperiousness by John Partridge; for all the skill of the set-up it’s the cast’s acting skills that really need to come to the fore.

Remarkably, given the size of the ensemble, the performances are consistently satisfying. Yes, they can all move fantastically, but establishing character on a crowded stage is no small feat either; the demanding monologues prove how important acting is in musical theatre – Gary Wood’s performance as Paul is exemplary. Avian has a team that works as well as his fictional counterpart on stage hopes for. Step forward, please, Victoria Hamilton-Barrit whose singing is fantastic and, making a West End debut,  Rebecca Herzsenhorn who revels in the role of Val. As with the casting process itself, it seems cruel to highlight only a few members when in truth they all perform with a chutzpah and skill that make the evening a delight. A Chorus Line is like a distilled form of the musical genre – pure, refined and intoxicating. And you’ll carry that singular sensation with you long after the curtain goes down.

Written 27 February 2013 for The London Magazine