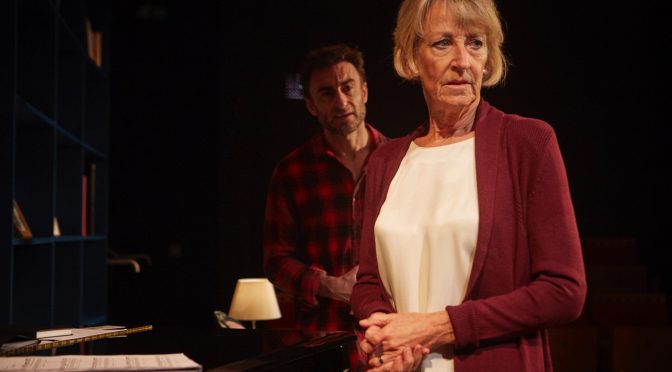 Established in 2016 and putting on productions in both Spanish and English, this smart studio space in Southwark is an exciting testament to London’s cosmopolitan cultural life. Spanish-speaking friends must be told about it, while the venture allows those less lucky in languages, such as myself, the chance to see a different repertoire, including this play by Guillem Clua: a solid piece, full of smart argument and emotional drama, that escalates into a real tear-jerker.

The theatre’s website doesn’t spoil the play’s twists, so neither should I: gradually revealing the tragedy that links a singing teacher and her new pupil is done well. Their connection arises from an act of terrorism and the specifics are detailed admirably. There should be less shorthand in discussions around events this complex. Bravo to Clua for putting most commentators of such atrocities to shame. The play also works as a more general examination of grief, pinpointing how mourning takes time. With both characters stuck at the stage of being angry, there’s only a suggestion they will move beyond this. It’s a harsh position but a realistic one.

The play’s forensic nuances place demands on its cast that are not entirely fulfilled, but the standard of acting, for the English-speaking version I attended, is high. One notable failure: neither performer has command of the humour (said to be the hardest thing to translate) in the piece – Clua includes mischievous moments that seem wilfully ignored, including a line about a kiwi fruit I am sure is supposed to get a laugh.

When it comes to the play’s considerable emotional impact, both actors are spot on. Jeryl Burgess gives a performance full of restraint – her character is not a woman who cries easily so, when tears come, it is especially moving. David Luque shows his role’s complexity by making sure we sympathise with but don’t entirely like him: his venom and lashing out are cruel, if believable. Final credit goes to director Paula Paz, who marshals these quality performances and shows great sympathy toward the script. There are no attempts to abbreviate the arguments, or introduce histrionics – both examples of discipline that serve this credible play well.