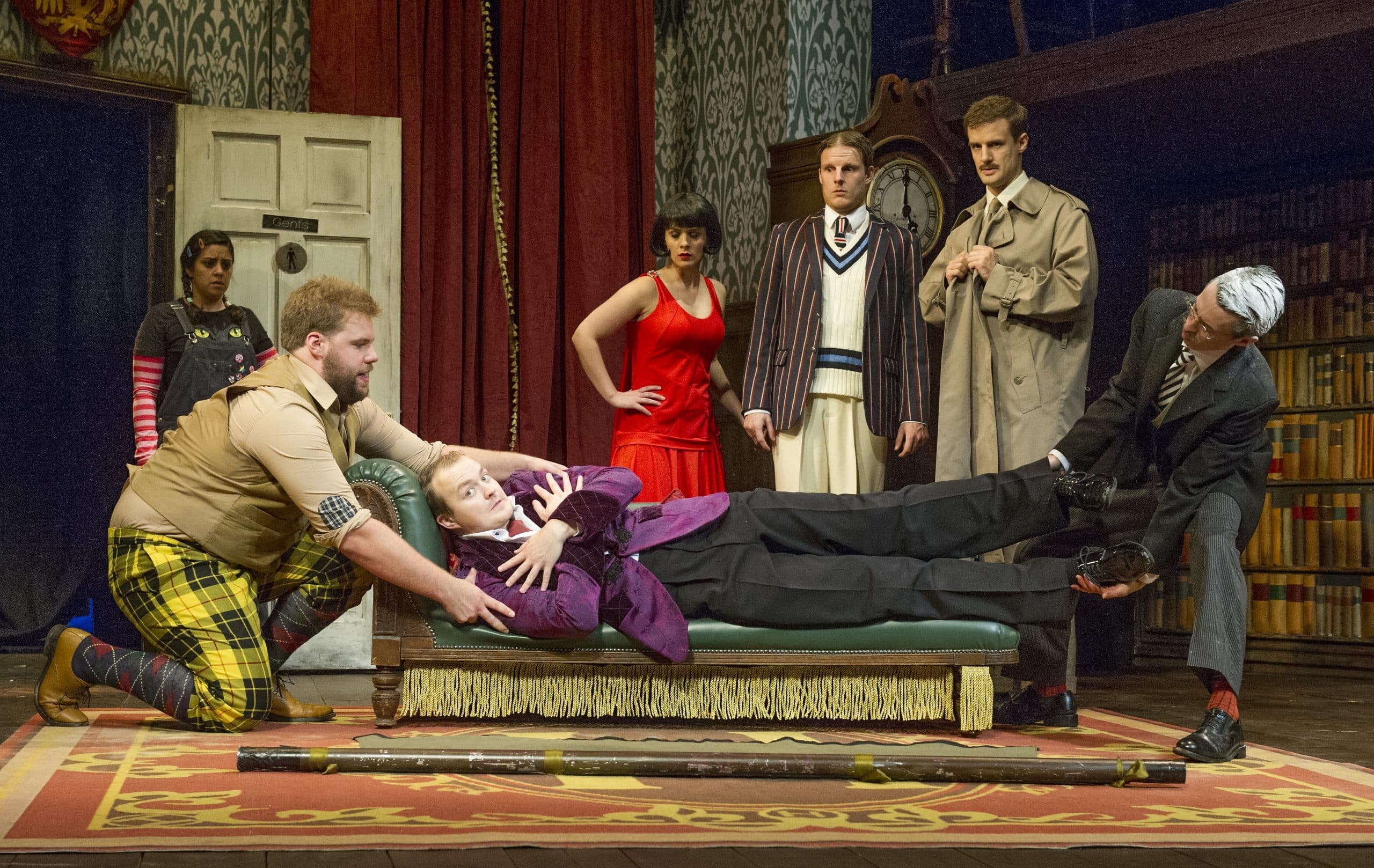 Mischief Theatre’s hugely successful comedy started out on the fringe and is now a West End and Broadway stalwart. Running strong since 2014, the scenario of an amateur company, the Cornley Polytechnic Drama Society, trying and failing to stage a murder mystery, seems so brilliant it’s a surprise it’s new. Plenty of jokes inspired by the title are ready and waiting. Add that this spoof of The Mousetrap cleverly uses gentle, family-friendly humour – you don’t even need English as a first language – and the hit status is easy to explain.

Slavishly following the lines while being forced into ever sillier improvisation, the poor players go from one disaster to the next yet, of course, the show must go on. There’s no shortage of jokes, although there is a lot of repetition. Those based on mistakes from the script are less funny, but the slapstick is spot on. There are plenty of wince-inducing moments – especially for the two actresses that end up trying to play the female lead (Katie Bernstein and Meg Mortell) – and real surprises at all the acrobatics on offer.

The jokes around the try-hard performers work, too, complete with their awe-struck realisation that they are performing to a crowd, Alastair Kirton’s nice-but-dim Max is very good here. Their thrill and nerves at being on stage adds an endearing element. When the director, another expert performance from Patrick Warner, who has introduced himself with misplaced optimism, breaks down, pointing out it’s not a pantomime (no prize for guessing the next line), it’s funny but also sweet. The show’s authors Henry Lewis, Jonathan Sayer and Henry Shields, who are also performers themselves, strike an appealing tone with an eye on engaging with a crowd.

There is a danger with any long-running show that things get flabby. The Play That Goes Wrong is so highly choreographed by director Mark Bell it’s pretty safe from this. But some jokes are dragged out, making you wonder if the running time is increasing. The cast are great and incredibly hard working – the action starts as soon as the auditorium opens. Yet it is the death trap set, designed by Nigel Hook, that is the star. It’s a real technical marvel that provides thrills, spills, and the best laughs. The atmosphere is great and the crowd leaves well and truly pleased.