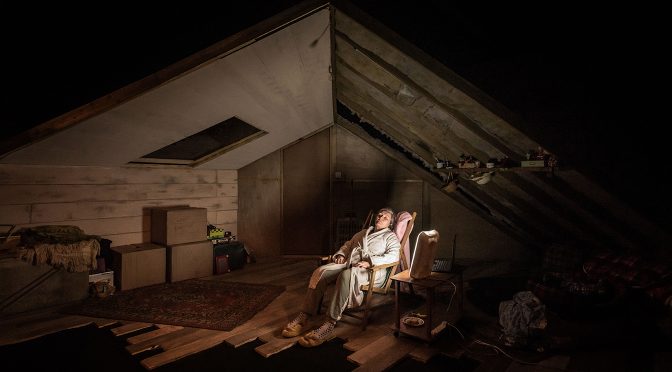 There are solid performances and Marie McCarthy’s careful direction to enjoy at Victoria Willing’s new play. Unfortunately, the script is not a success. Aimless and indulgent, its baby-boomer characters become a bore.

It’s brave of Willing to make her heroine Gloria (who suffers from seasonal affective disorder) unsympathetic. It’s a big part for Debra Baker, who is faultless. But it’s hard to make someone moaning for 90 minutes interesting.

Even worse, there’s little insight into Gloria’s problems. She is grieving for her mother and dissatisfied that her life hasn’t turned out as planned. There’s a mass of detail that is messy and it is too confusing for us to feel sorry for her.

The play becomes distracted with subplots about Gloria’s affair, her best mate from Slovakia and… the housing crisis. These provide difficult roles for her husband and friend, who Kevin N Golding and Izabella Urbanowicz tackle with skill. Desperate efforts to provide back stories that add depth to both roles fail and intrude further on the main story. And there’s a dire role as the next-door neighbour for Lucas Hare, who tackles some terrible dialogue bravely.

Some of the scenes might work as stand-alone sketches but, joined together, Sad amounts to less than the sum of its parts. Is there a lust for something random I’m missing here? There are plenty of coincidences in the piece. Gloria is supposed to captivate (and, goodness, Baker tries) as a former punk and free spirit. Lucid dreams and mentions of storytelling intrigue – she’s even writing a memoir, albeit one even she knows isn’t very interesting. It’s a shame some of this isn’t elaborated on. If some kind of crazy is the aim, Willing needs more originality.

Worst of all, the play is flagged as a comedy. And it took me far too long to work out why. A handful of lame one-liners and deadpan remarks indicate the intention to be funny. This seems to be the only excuse for Hare’s character (or that someone in local government really pissed off Willing). This creepy, clichéd council official is odd rather than comical. I’ve seldom seen a more humourless play, despite the efforts of those on stage.