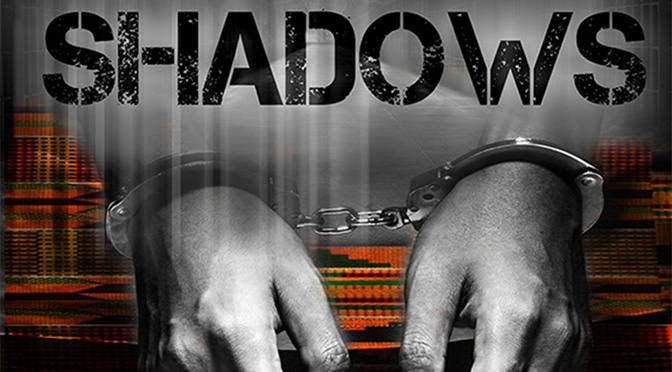 Birmingham-based Carguil Lloyd George Webley’s play has too short a stay in London. This prison drama is a solid, old-fashioned piece with problems but great potential. It’s an ‘issues’ play – all about black men – with palpable conviction. The raising of questions is not subtle, but the arguments are honest, interesting and presented coherently. And Shadows doesn’t preach, even if too many lines sound like essay questions.

Perhaps the characters are mouthpieces a little too obviously. Yet Edmund, an elderly recidivist, talks of “the struggle” in a satisfyingly realistic way. In the role, David Monteith excels in suggesting, then exposing, the violence and frustration that has shaped his life. There are possibilities for more humour in the character (and the play as a whole) but Monteith makes the part work.

Edmund’s cellmate and debating partner is a less successful creation. It’s too tempting to explain his woeful fate simply because he identifies himself as British over and above being black. It might help if the character was less naïve and priggish. A painful backstory and his relationship to religion are tacked on. None of this helps Pharaon El-Nur, who takes the part, but he gives a committed performance although (easily remedied) he needs to speak up.

What also might be made clearer is the two older men’s battle for the future of a third – the young Chase, ably performed by David Ogechukwu Isiguzo. Chase’s youth and potential to turn his life around give Shadows a political urgency in human terms. Here we have a character we can root for, and we could do with seeing more of him.

In the second act the play becomes plot bound, which affords Troy Richards a fine moment centre stage as a prison guard. But the twists are predictable and too condensed. Meanwhile the lighting is erratic and distracting. More importantly, Kevin Michael Read’s direction feels rushed – even with a collection of monologues that (nice touch) are addressed to a camera. Some of the play’s flaws could be palliated with more time given to the action. What’s missing is the monotony of prison life. This could have been a source of tension if tackled with confidence. The play is strong enough to be taken at a slower pace – it deserves that – as well as a return visit.