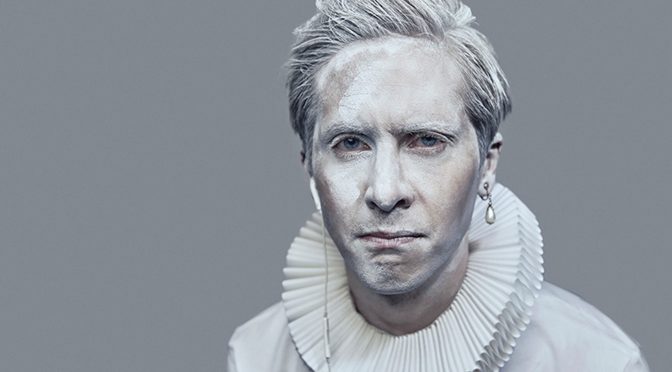 These two, out of five, shows in the BOYS! BOYS! BOYS! season are part of a program with the billing “bi-boys, bad boys, biographies and bodies”. Both are enjoyable explorations of masculinity.

This strong monologue, written by performer Will Close with Joe Von Malachowksi, develops and twists with skill. The character performs at a tourist attraction, reciting the same lines over the years, inviting questions about history while telling us about his own past. There are two stories then – both about the kind of men described by the title. How much does the past enforce the present? The script and production are well paced. Although less than an hour, the minutes – in a play keen to consider time – go remarkably quickly.

Avoiding too many plot spoilers, the show starts like a stand-up routine with a bold number of bad jokes but turns into something very different. The direction is focused, the design stripped back. This guy doesn’t seem too bad, if a little too stupid; you might even be lulled into sympathy for him. Feeling a generation gap when you are only 30 must be tough! There’s a sting – as you’ll probably expect – but if a touch predictable, this is a tale well told.

Slight if sweet, writer and performer Isaac Verrall’s show suffers by comparison with Mediocre White Male but still has merit. The twenty something character, whose love life we learn all about, is appealing but not quite as funny as he could be (the best line comes from Trixie Mattel). Verrall’s performance is energetic but nervous – there are stumbles. The lighting and sound design can be tightened. But Verrall is great with the crowd, using the theatre’s seats and getting us on his side. There is a strong sense of character and place in the piece.

Bi Bi Baileigh isn’t exactly rambling… but could benefit from more structure. Two date scenes are a good idea, and well written, but aren’t quite enough to pivot even a short show. There’s strong observation about casual homophobia and loneliness without being maudlin – well done. If the twist about an unexpected encounter arrives too late, there’s a useful message about sexual fluidity that isn’t heard often enough.