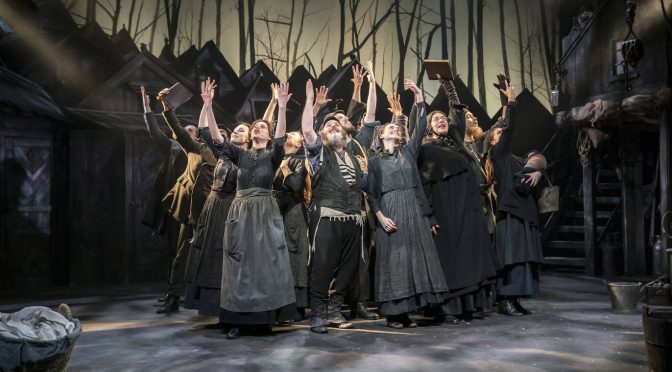 It’s great to see the Menier Chocolate Factory back in the West End. Tickets for this revival of Jerry Bock and Sheldon Harnick’s musical sold out quicker than a Brick Lane beigel for its home run near London Bridge, so a bigger venue means a welcome chance to see this excellent show. One word of warning, though – behave as if you were a rich man and treat yourself to a good seat.

Under Paul Bogaev’s musical direction Bock’s music sounds great, Sheldon’s lyrics are always a treat and director Trevor Nunn has a careful appreciation of Joseph Stein’s book: the structure is kept tight, the characters vivid and the jokes are great. Famously recounting the story of Jewish life in a Russian village just before the revolution, the lead role of Tevye has been career defining before and, taking the part here, Andy Nyman does not disappoint. The poverty-stricken patriarch struggles with his wife (a strong performance from Judy Kuhn) and the marriages of his three eldest daughters. Taking these roles Molly Osborne, Nicola Brown and Harriet Bunton do a fabulous job of injecting youth and energy into the show, and their opening number is a real delight. Each of the troubled romances convinces, mixing sweetness and poignancy with strong songs.

It really is worth splashing out on a posh seat, though. While Robert Jones’s set design – evoking Chagall but with a restrained colour palette appropriate to the piece’s surprisingly somber tone – deserves praise, projecting the stage into stalls causes problems. A lot of seats have been sacrificed (hence the ticket price?) but little account taken of the view from the balcony. Nunn should know better than this. Thankfully Matt Cole’s choreography, based on Jerome Robbins’ original work, is still strong enough to thrill; not just the acrobatics but the way dance is used to illustrate the close community and the struggles with modernity that it faces.

Fiddler on the Roof really fascinates. It’s funny, a simple story, well told, that feels solidly old fashioned. But, while focused on tradition, the theme of the show is actually change. New and old are both present in the 1964 piece itself. Much of the first half seems very Broadway – the format is conservative and almost predictable. But, as a concern for history takes over, the show become bravely dark. As the approaching Cossacks move from a threat to a reality, Tevye shows the limits of his own tolerance (Nyman is an excellent here). There’s a combination of pain, incomprehension and dignity in the characters and the story that the production embraces, moving us from high-class entertainment to a questioning and emotionally turbulent finale. 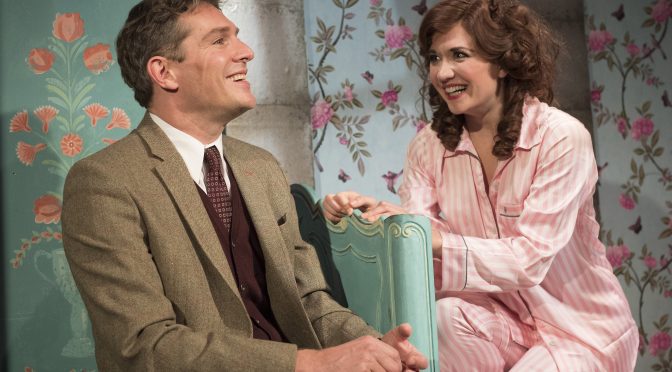 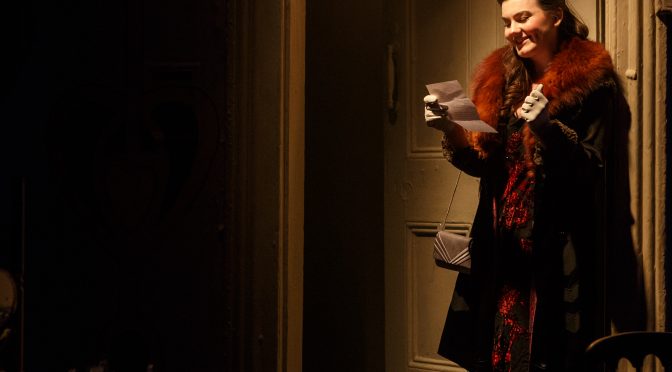