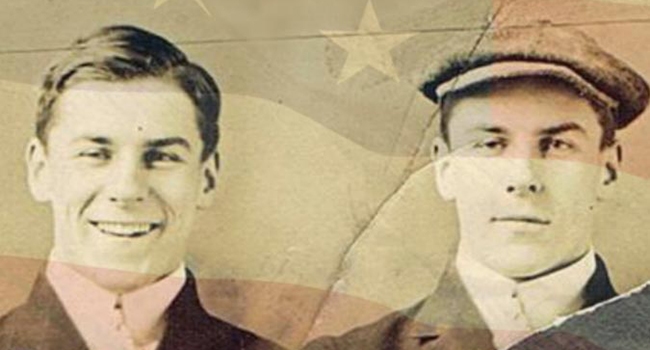 The construction of luxury flats on Union Street is a topical tag for Phil Willmott’s production of this Sondheim and Weidman musical. Following the fortune-seeking Meisner brothers, the focus is their later careers as Florida property developers, and the American Dream is examined through the land boom building of Boca Raton. It’s an odd subject matter and a strangely clinical piece.

There’s a good deal of brothers Addison and Wilson’s journey that’s entertaining and insightful: from the gold rush to gambling, with the familiar Sondheim theme of the arts and patronage. The songs and the lyrics are strong but this is sub-standard Sondheim – still good, of course, but much time is spent wondering why it isn’t better.

On his deathbed, the brothers’ father wonders what type of nation his boys will help to create, but this weighty central question feels forced. Too quickly afterwards there’s a deal of rushed campery as the hapless siblings struggle away. Road Show is notable for its explicit gay relationship between Addison and a poor little rich kid called Hollis. It’s the only time we’re allowed a glimpse of sentiment. Call me soppy, but this seems a bit mean.

There’s not much Willmott can do with these problems. However, while miming sequences in the show are a neat move, they could have been better (and should surely have been suspended for a scene in which one brother draws a knife on the other). Willmott is too keen to use his large cast, but having them double up to fill the stage proves distracting. And yet the director has secured a number of strong performances.

In the lead roles Howard Jenkins and Andre Refig perform well and sound great. The latter, as Wilson, convinces as a rogue, fool and thriller but his acting might be better suited to a larger venue. Jenkins’ appropriate restraint is preferable. The brothers’ mother has a great number that Cathryn Sherman makes the most of, and Joshua LeClair is a fine Hollis.

Another big problem is the show’s lack of humour. The laughs are set up but seldom land. Sometimes it’s a question of delivery but more often it’s the piece’s downbeat tone. Both brothers feel like devices to show societal ills, Wilson a con artist, and architect Addison denied his chance to be more a than master builder. The central relationship between them is poorly constructed, their closeness clumsily established and not fully explored until the conclusion. It’s simply not motivating enough, making this a show you can’t roll with, merrily or otherwise.