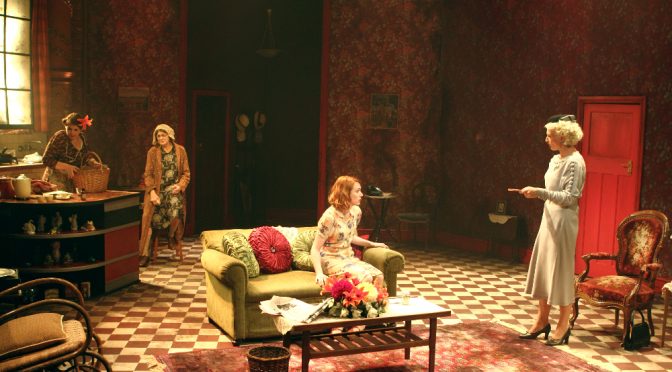 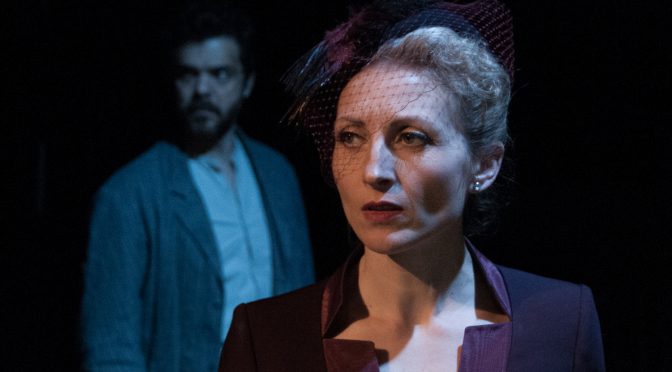 Regardless of your religious view, as a repository of stories the Bible rates pretty near the top. But few writers have taken inspiration from it in quite the style of Howard Barker in his play Lot and His God, receiving its UK premiere at The Print Room in Notting Hill. A ‘re-imagining’ of the story from Genesis, about the destruction of Sodom and the fate of Lot of his family, Barker’s take is predictably outrageous – highlighting all that Old Testament fire and brimstone that nowadays makes nearly everyone uncomfortable.

Lot and His God is a complicated, demanding piece that you need to be wide-awake for. To get the most out of its references, get up to speed on Genesis before you head to the theatre. This play’s politics are as challenging as its dense poetic language and as a human drama it is compelling with its incessant power struggle between the characters. This is a sexy story of biblical wife-swapping with an angel who has a shoe fetish. It’s as bizarre as the original source material.

And spare a thought for the actors in Robyn Winfield-Smith’s fine production. Barker’s characterisation is deliberately stylised, and his script complex, but they rise to challenge. Justin Avoth has great presence as the Angel Drogheda and Mark Tandy is an articulate Lot presenting many of Barker’s arguments with a clarity that marks him as a performer in control. Hermione Gulliford, who plays Lots’ wife, comes close to stealing the show with as steely a grip on the men in her life as her stylish clutch bag, and a deadpan delivery that subtlety brings out the humour in the piece.

This hour-long play is full, rich and intriguing. Barker’s is a unique, important, voice and the intimacy of The Print Room is a great place to hear it. But for all its intelligence this work is fuelled by an intense anger against religion that is in danger of being alienating. This conversation with God should make you think, but may leave you feeling it’s an argument from which you’re being excluded.

Written 9 November 2012 for The London Magazine