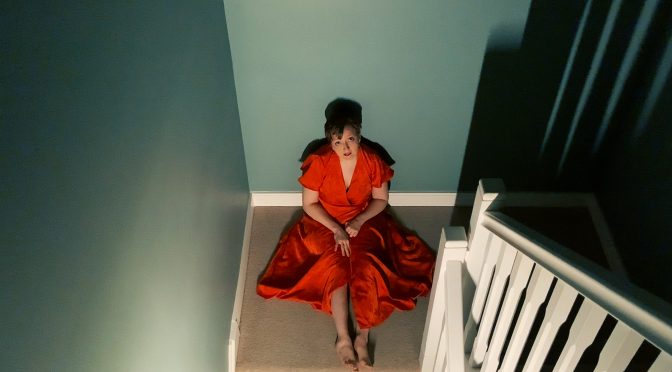 Presented daily throughout February, Athena Stevens’ play is now available to watch online in its entirety. And watch it you should. What’s exciting about the project are its bite-sized episodes, impossible in a theatre, that are carefully crafted to grow and build. So, watch slowly and take your time.

‘1’ is young woman in a relationship with an older man and ‘A’ is his long-standing female friend. It’s the dynamics between the two women that fascinate. The length of the project means that their relationship can be explored in detail. As thoughts and motives fluctuate, Stevens keeps us questioning her characters’ self-knowledge – what they really think of themselves, of each other and whether they might be complicit in the unhealthy relationships going on here.

This is a triangle of love and friendship where we only hear from two participants. The man they discuss is a vivid character. But Stevens escapes from many clichés by making the show a two-hander. Maybe it’s a little too easy to dislike the guy? And so quickly! But the gaslighting of both women is effectively oppressive and increasingly disturbing. As the show develops, Late Night Staring at High Res Pixels is tough going – and that’s a compliment.

The meaty roles are gifts to actors, and director Lily McLeish – despite working under lockdown conditions – helps the performers to shine. Stevens takes the role of ‘A’ and gives a suitably confident depiction of a woman who’s easy to admire. Evelyn Lockley gives a powerful performance as ‘1’, skilfully dealing with the questions of fragility and how needy or demanding (those are the accusations!) she might actually be.

The power of the characters possibly detracts from broader issues the show hopes to raise. Might they involve us in particulars a little too much? Stevens spends less time on a drama of a photograph ‘1’ sends of herself topless than might be expected. Questions about how the picture might be abusive are rushed towards the end of the series. But the impact of a man who cannot (will not?) see women as equals is stirring.

Having helped during lockdown with releases of previous shows such as Joan Clegg and It is Easy to be Dead, The Finborough Theatre will release new work online during 2021. Late Night Staring at High Res Pixels is a strong start. Unlike many a theatre project, it uses the online format and the way we view online to its advantage. Watch in small doses and its efficacy is sure to impress.