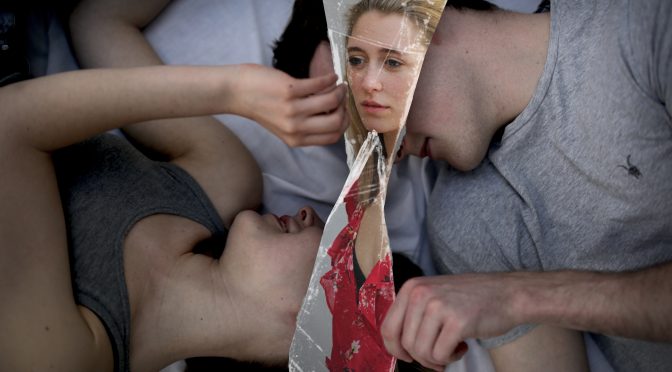 Meriel Hinsching’s debut play is a poetic glimpse at troubled love. A young couple meet again after the breakdown of their fraught relationship for a one-night stand that plays with reconciliation and offers flashbacks into their attempts at being friends with benefits. In a scenario carefully stripped of specifics, we learn little of their larger lives. Intensity is the aim – a goal achieved – but even at just 45 minutes the play boxes itself into a corner. Profundity is in the eye of the beholder, I guess, but this self-obsessed pair may grate many a nerve. Nonetheless, Hinsching’s approach is consistent, the text engaging and her voice sincere.

Attic is most effective as a showcase for the new talent on stage. Connor Harris plays Bay. He’s good at looking adoring and confused – which is handy as his onstage lover Leonie run rings around his character. Truth is, Leonie is so much more interesting and a good deal smarter – both qualities that Phoebe Stapleton manages to convey in her performance. You can see why Bay’s obsessed with her, but not the other way around. Leonie’s lust to “not to be numb” raises questions of her stability, producing further good work from Stapleton, and tension that could be developed. It’s a shame so much talk of being impulsive makes the couple come across as contrived.

The play benefits from sympathetic direction from Ed Theakston, who adds some classy touches that bring out its poetic quality, and uses music and lighting effectively. From the firm base of strong performances, Theakston adds the style needed to make grown-up claims for this youthful work.