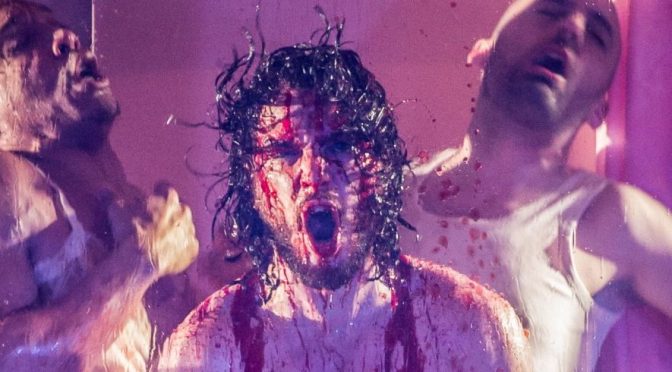 Smartphone screens light up the auditorium before this show begins, indicating that the crowd drawn by Jamie Lloyd’s new production is young and, it’s safe to guess, here for leading man Kit Harington. Good on Lloyd for making an Elizabethan (see below) play trendy. With creepy touches, bold humour and brilliant theatricality it feels as if you’re in with the cool crowd.

Harington is, thankfully, highly credible as the scholar who sells his soul to the devil. He wears just pants for a lot of the play, and even shows his bum a couple of times, but he gives a focused performance that demands to be taken seriously. Harington works well with the ensemble, even joining the innovative dance sections. It isn’t just a physique that is eye-catching here – Polly Bennett’s movement direction adds a sense of adventure, while the lighting design from Jon Clark is stunning. 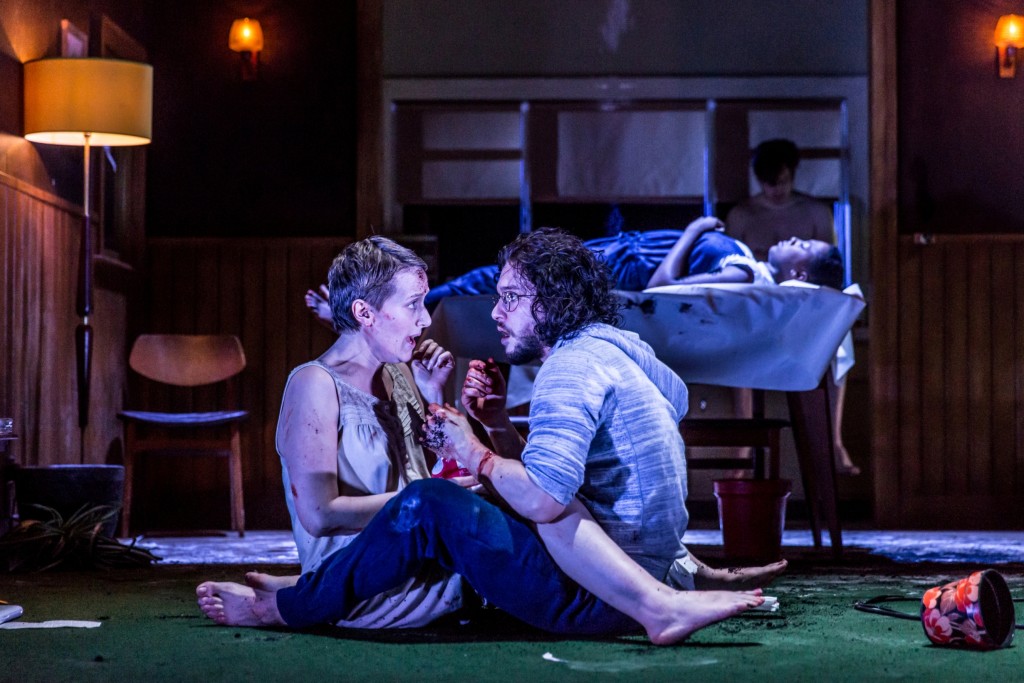 I might be one of a small number whose real draw to the show isn’t the Game of Thrones star but Jenna Russell, who plays Mephistopheles. Odd I know. Russell’s brilliant performance made my night, with an uncanny ability to be physically threatening, as well as showing the sorrowful side of this fallen angel, creating a moving, grieving quality. Lloyd even gets some songs out of a great vocalist – Kylie’s ‘Better The Devil You Know’ and Meatloaf’s ‘Bat Out of Hell’.

The eclectic mix of music filling the show brings us to its modern additions: Christopher Marlowe’s opening and concluding scenes bookend a new play by Colin Teevan. Things start well by enforcing Faustus’ desire for celebrity. Miming air guitar, the doctor is on the party scene – told to “Sin big. Sin famously” – he’s a magician, clever, with servant Wagner reimagined as a woman called Grace who he falls in love with. Teevan adds compassion as well as contemporary touches that a modern audience easily relates to.

Later satire with attempts at topicality fall flat: bankers, businessmen, Obama, Cameron, Pope Francis and a particularly nasty scene with the Duke and Duchess of Cambridge have parallels with Marlowe’s seven deadly sins. But the real-life characters are dealt with too crassly. Lloyd likes to shock, and this production will go too far for many, me included, but it is to his credit that he reminds us of theatre’s power to be subversive. Introducing a new audience to this force is something magical.