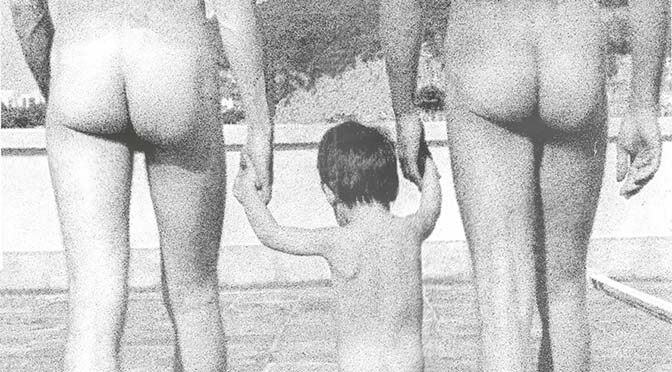 You can see the motivation behind tracking down Colin Spencer’s 1968 script to headline this wonderful pub venue’s second season of Queer Theatre. ‘The first openly gay play’, performed only a year after the decriminalisation of homosexuality (and not seen since), the work has historical importance. Unfortunately, the past is where the play belongs and no amount of good intentions here save it.

The idea of a gay couple miraculously conceiving a child has potential. Having seen this play, you wouldn’t know it. Interesting ideas fail to resonate. The plot plods, unconvincing characters flounder with lumpy lines, the play screams issues, with a dash of the risqué (cue gratuitous nudity), then painfully searches for a conclusion.

Even worse, Spencer’s play is ill served by Gareth Corke’s slow direction. Scenes that deliver little and cry to be cut are interspersed by interminable breaks with random Sixties songs. Some of the nonsense, absurdist in intension, has touches of Carry On conspiracy, but the satire is crushed by a lack of technical skill. How Amanda Mascarenhas’ minimal set takes up so much time is a frustrating puzzle.

Predictably, the cast can’t save this mess, but mistakes are compounded. As the only performer whose comic skills break out, Amanda Ambrose provides glimpses of respite, creating something out of nothing with her role. Playing the gay couple who are the lead characters, Nick Chinneck and Alan Grant lack any chemistry. Rachel Gleaves and Paul Giddings try hard with all the other roles, but with uneven success. The highlight of the show was the latter delivering the word “Billericay”. A single word really was the best bit. To similarly sum up: terrible.