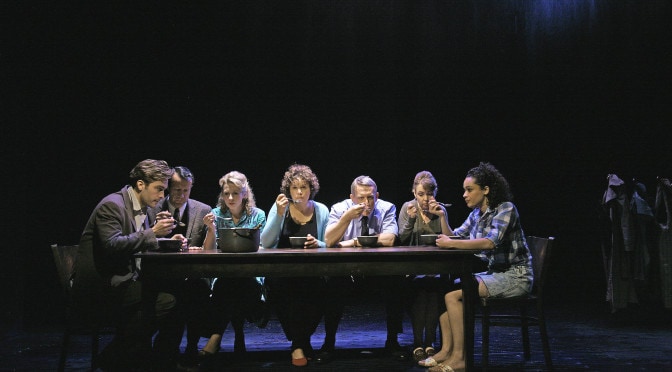 In the play’s most heart-rending moment, on learning of her estranged son’s death, a superb Phoebe Nicholls mounts a frosty yet meek defence of her cold behaviour to him.  She warns us we should presume nothing until we know the whole story.  Satisfactorily for an audience, we do discover the sacrifice she has made for her son – one that does not fail to move us.  Tellingly, the play’s other characters never know the full story.