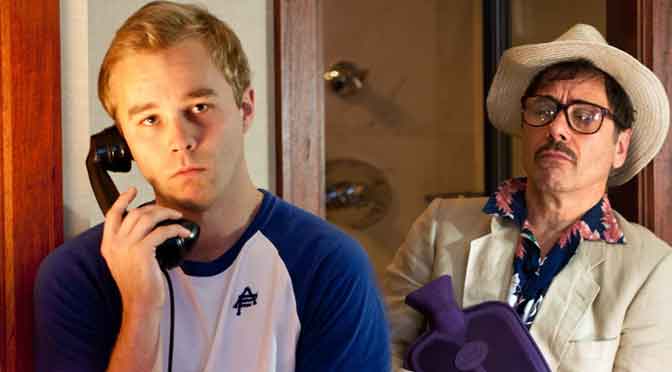 Tennessee Williams spent so much of his later life living in and writing about hotels that staging his plays in one seems so obvious, so very neat, that it’s instantly appealing. Site-specific theatre has to be special stuff to excite, and this thrilling trilogy of short works does just that at the Grange Holborn Hotel.

The Hotel Plays – Green Eyes, The Travelling Companion and Sunburst – afford glimpses into tawdry, lonely lives: a young couple arguing on their honeymoon, an ageing homosexual writer with his unwilling escort, and an elderly lady held hostage in her room by staff turned ineffectual thieves. Being late works by Williams, they are peopled by extreme characters and bold to the point of being blunt.

These are difficult roles to pull off (and unfortunately the accents prove too much of a challenge) but all the cast manage to establish their characters with commendable speed. John Guerrasio does particularly well as what is surely a merciless self-portrait by Williams – a “much too much” homosexual writer with a camp performance that has an eye on the stereotype the author must have seen himself becoming. His co-star, Laurence Dobiesz, also impresses as a fragile hustler who becomes intoxicated during the short duration of the play. But the best and bravest performances come in the first work, with Clare Latham and Matt Milne playing newlyweds acting out trauma with a sado-masochistic twist.

The Grange Holborn Hotel may not be the most charismatic property, but all credit to its farsighted management for cooperating with the Defibrillator Theatre Company. Staging the plays in the hotel adds immeasurably to them. Performed in rotation, you can hear the arguments from one as you sit in the room above watching another, with careful supervision from a trio of directors (James Hillier, Anthony Banks and Robert Hastie) who embrace the claustrophobia of the setting. This evening of morbidly powerful vignettes is captivating theatre – incredibly intimate and excruciatingly voyeuristic.

Written 9 October 2012 for The London Magazine