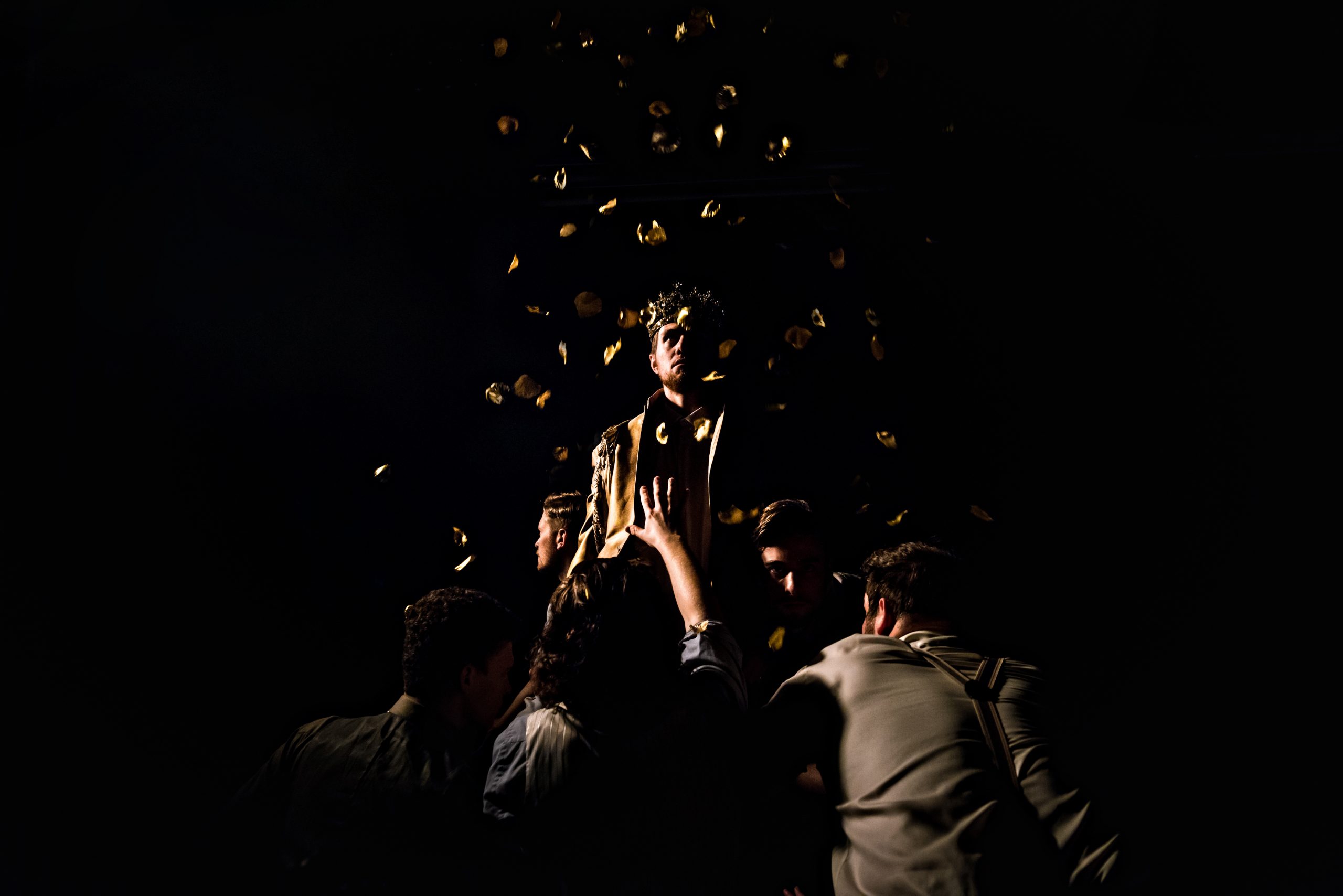 Lazarus Theatre’s production of Christopher Marlowe’s play has much to recommend it. Director Ricky Dukes’ 90-minute adaptation shows a sharp intelligence: practical, dramatically effective and unwilling to patronising the audience. The story of the gay king’s disastrous reign benefits from strong visuals: Dukes and his designer Sorcha Corcoran, working with Ben Jacobs on lighting, produce some marvellous imagery within this tiny space. The creativity and imagination here is the stuff that makes the fringe so great.
The nine-strong ensemble stays on stage throughout and proves a disciplined crew. Making up a rebellious peerage, the actors ensure that confrontations with the King bristle with anger. Andrew Gallo and Jamie O’Neill are especially strong as the brothers Mortimer, with the latter detailing his treachery with a mix of violence and intrigue. Luke Ward-Wilkinson takes the title role and goes for a fey monarch who is impish and petulant. Arguably, this cheats the play of some tension (conflicts seems a foregone conclusion). And it also short changes Edward’s relationship to his wife – a shame, since Lakesha Cammock makes a very fine Queen Isabella. But Ward-Wilkinson’s decision is committed and consistent, getting humour out of the role as well as passion. It’s also brave. Dukes’ vision for Edward’s notorious assassination is nightmarish, kinky and demands a lot from his cast. The ensemble are all in their pants, with disposable aprons and gloves. Believe me, it’s creepy. The addition of masks goes too far, only causing confusion – are the same characters in disguise and, if so, why bother? But this is not a scene you’re likely to forget in a hurry.
The finale is certainly memorable with Ward-Wilkison naked and sprayed with blood from the ceiling – another memorable tableau. Yet the real strengths of the production are simpler: tight directorial control and technically strong delivery all round. Dukes and his team have produced a piece of remarkable clarity. It may be too blunt for some tastes, but you can’t argue with its force or the skill on stage.
Until 9 September 2017
www.lazarustheatrecompany.com
Photo by Adam Trigg