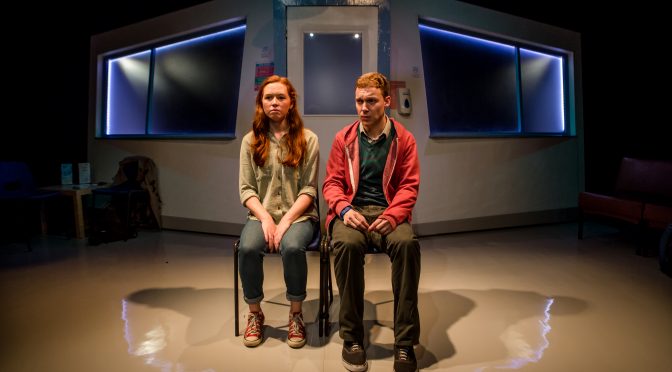 The Manchester based Box of Tricks Company has, thankfully, brought this admirable show to London again. Director Adam Quayle’s finely honed production of this short, tightly written two-hander is the moving story of Rose and her autistic brother Michael, who deal with their mother’s illness and death while struggling to cope with their life together.

The performances are first class. Vanessa Schofield plays a young woman with the responsibility of caring for a sibling thrust upon her. There’s a terrific balance of “sad and scared”, alongside sincere affection for the boy. As Rose tries to deal with her own grief, Schofield’s performance becomes increasingly impressive. Jamie Samuel’s Michael is a close study: his reaction to physical contact or dirt treads a fine line between being moving and distressing. And his obsession with the toys that give the play its title is thoroughly observed.

Playwright Ella Carmen Greenhill isn’t shy of sentimental touches. The subject matter calls for emotional catches, of course – poignant moments that stop you in your tracks – but any predictable touches, a letter to be read after their mother’s death or an uncharacteristic moment of emotion on Michael’s part, are justified by results. This is an affecting text that shows great potential. Good writing, great performances, a show to see.