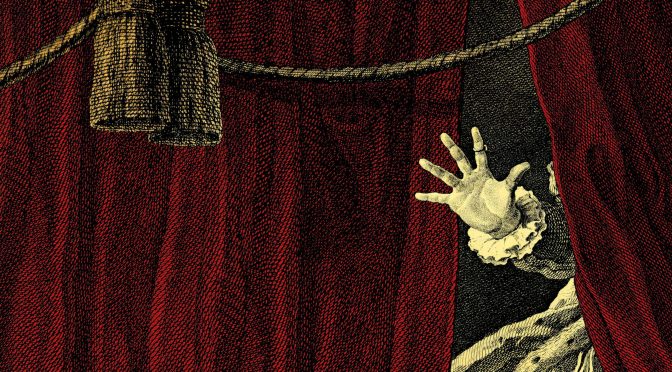 Biographer Ian Kelly has literally written the book on Samuel Foote, one of the 18th century’s most celebrated performers, and his expertise shines out in this new play. You’d be in real trouble if you couldn’t find the humour in a comic called Foote, but no fears here, as the jokes come alarmingly fast and varied: Shakespearian in-gags, bawdy banter and downright silliness. It’s an absolute treat for anyone with a love of the theatre.

Indeed, the theatre forms the backbone of the play – scenes are either front or back stage or in a medical lecture hall – all skilfully handled by director Richard Eyre, with Tim Hatley’s design cramming in the atmosphere. David Garrick and Peg Woffington, superbly rendered by Joseph Millson and Dervla Kirwan, are here, as is a long-suffering stage manager, Mrs Garner (a terrific role for Jenny Galloway). Comradeship and rivalry are exquisitely depicted, including in an unmawkish three-in-a-bed-death scene.

When it comes to biography, the play is as brilliant as its subject. Simon Russell Beale takes the lead, giving a dynamic performance that’s at first understated, comes alive whenever Foote is ‘on stage’, then becomes deeply moving when his sense of mischief grows dangerous as his mental health deteriorates.

More than the history of an actor, or acting, this play is the portrait of an age. The distinguished surgeon John Hunter amputates Foote’s leg (ruined by a riding accident), while Benjamin Franklin lectures us on science. Prince George dabbles with performance and ascends to the throne (Kelly takes the role, reminding us his talents aren’t just literary). There’s American Independence and insanity as well – the madness of Mr Foote dominates the second act, ruining the pluckiest of comebacks.

Enthralled by the spirit of the times, Kelly isn’t shy of manipulating history for effect. Hence, he appropriates Dr Johnson’s servant, Frank Barber, to be Foote’s dresser, giving us a fine performance from Micah Balfour and a sub text that serves to illustrate Foote’s liberal iconoclasm. Like everything in the play, scenes with the two of them work astonishingly hard.

Care has to be taken when filling a play with such a quantity of ideas and events, yet here all is enrichment and nothing extraneous. Foote hates cant, declaring it the one word in English that is untranslatable. By avoiding cant, Kelly makes his play as fresh as it is erudite, a balance that makes this a triumph of and about the theatre.