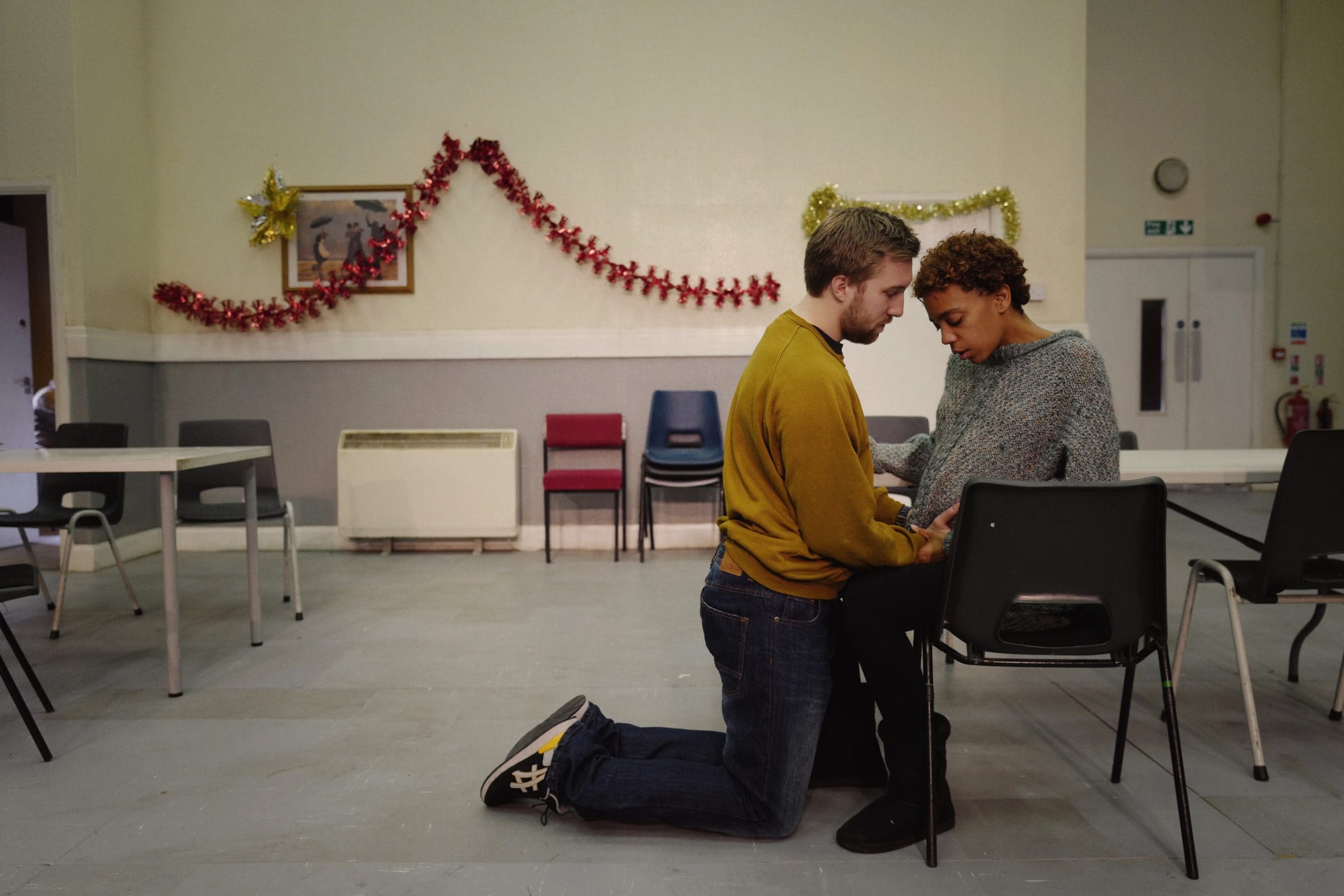 Christmas theatre offerings on the South Bank are a good mix. There’s family fun from Peter Pan, a tense thriller with The Red Barn, and then there’s this new ‘think piece’ written and directed by Alexander Zeldin. A story of those living on benefits, housed by their unspecified council in emergency accommodation, it’s a timely look at Britain today. Emotional, quietly confrontational and hugely powerful, this is one of those plays you feel everyone should see.

The focus is on a couple with two children, and another on the way, roles that Janet Etuk and Luke Clarke tackle commendably. The play relies heavily on performances from their character’s children and on the press night both youngsters were utterly convincing. We only glimpse the lives of some neighbours, while in the next room are a mother and son, whose vulnerability mounts to an almost unbearable degree.

Love is not for the squeamish. Anna Calder-Marshall’s brave performance as the elderly Barbara is disturbing (causing at least two audience members to break down). And, as her struggling, well meaning son, Nick Holder taps into raw emotion that comes close to overpowering. With tension all around – candidly portrayed – we still see the better sides of those in such dire situations. The title tells it all and saves the play from being entirely bleak.

Theatrically, this is a work of remarkable economy – yes, austerity even. So much has been stripped away that there’s little back story, hardly any action, and no pontificating commentary. Without sensationalism, Zeldin is not about presenting an exploration of how people end up on benefits or why the system is failing. Instead, the play is an eye- opening appeal, a stark insight that leaves judgement aside and calls for action.