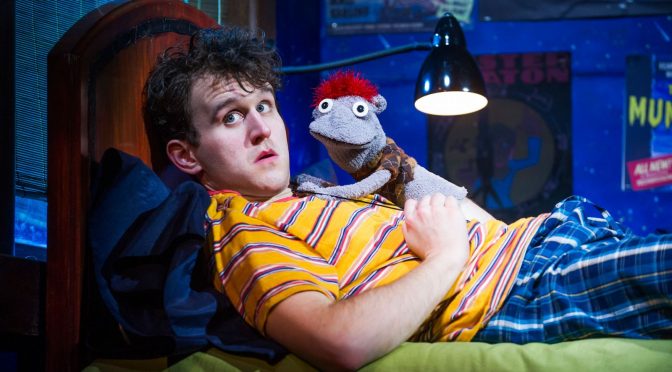 Puppets, on stage and screen, often misbehave. The simple sock in Robert Askins’ play, created to perform Bible stories as part of a church project, is as foul-mouthed and frisky as any teenage boy. And that’s pretty much the drive and destination of this funny, crowd-pleasing Broadway hit. Said to demonically possess our hero Jason, the puppet, like the devil, has all the best lines, delivering outrage and a brief investigation of religion. Better still, there’s tension and tenderness as the puppet reflects his owner’s fears, a mother and son relationship and the pain of recent bereavement. Travelling with the show is director Moritz von Stuelpnagel, creating a polished, confident feel and benefitting from a heavenly cast for this devilish comedy. 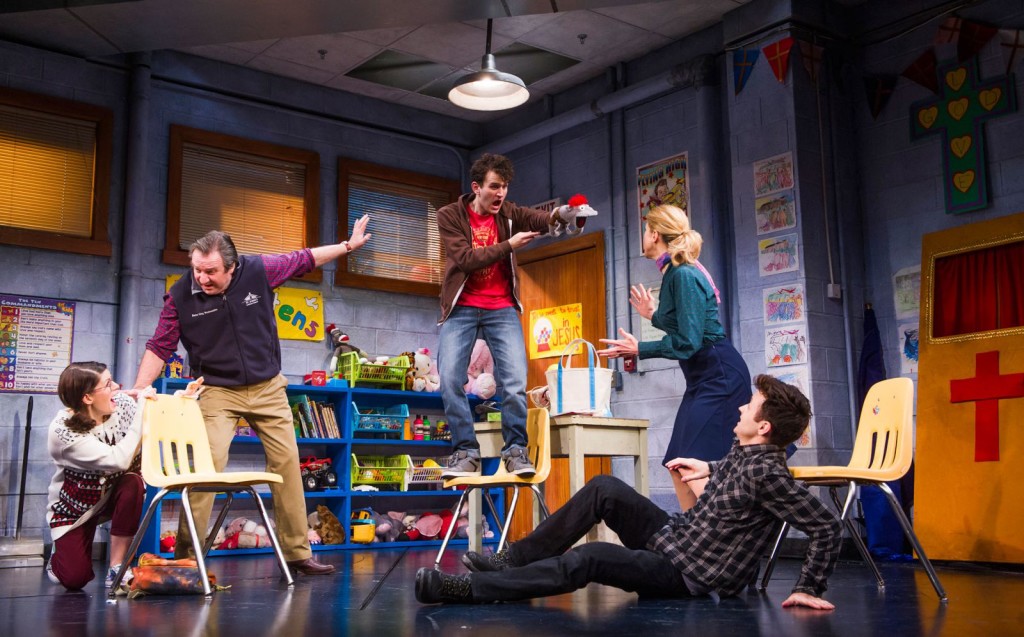 Jemima Rooper is particularly impressive as a well-meaning potential girlfriend for Jason. Also landing laughs are Kevin Mains and Neil Pearson as, respectively, a small-town bad boy and the local pastor, both shockingly in thrall to Jason’s mother. Here’s a brilliant role for Janie Dee who excels as Margery – it’s hard to pin down whether her husband’s death or his miserable life have done the most damage. It’s Margery’s son who is the focus, going off the rails in manic (and bloody) style: a star role for Harry Melling, and performed faultlessly. With precise comedy timing, superb puppetry and accomplished physicality, Melling brings an intensity to the role that carries the show – this is one actor who’s no puppet.