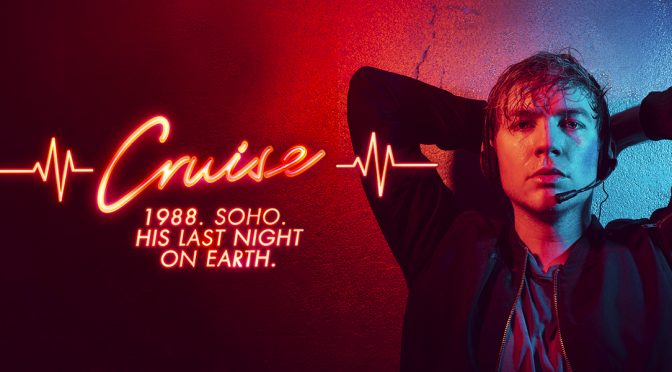 A strong performance from the talented Jack Holden is the highlight of his self-penned monologue. Cruise is an Aids drama and a panegyric to a lost Soho that is uneven but admirable.

Through the framework of a telephone call to London’s Switchboard helpline, we hear the story of Michael – a “veteran” survivor of HIV – told to young Jack. It’s a sensible device that forms a connection between generations of gay men, and Holden performs both roles well. Regrettably, the younger character is unconvincing and naïve.

Michael’s story, however, is fascinating. As one of the first to contract HIV, after a doctor tells him he has four years to live, he believes his days are literally numbered. Determined to live “wilder than before”, he takes a tour of Soho in the 1980s, which includes a vivid cast of characters that allow Holden to shine.

The pace – if not the delivery – is frequently breathless, which proves tiring in a long monologue: more control is needed from director Bronagh Lagan. And, while the use of songs within the story is strong, John Elliott and Max Pappenheim’s sound design is uncharacteristically overpowering.

The writing conveys a strong sense of place and it’s entertaining to meet drag queen Jackie – a “smashed mirror of femininity” – as well as Lady Lennox with her “origin story tombola”. Holden has some interesting, if studied, turns of phrase that save a script with a few too many clichés. It’s a shame that attempts at humour aren’t more successful.

The script’s patchy quality comes to the fore when Holden deals with the club scene. Sections that show Michael’s love of music are excellent: the energy and poetry are phenomenal, the filming superb and, if you’ve missed dancing during lockdown, these passages will articulate why.

The rest of Holden’s history lesson is competent but lacking the same passion, even with moments – such as the death of Michael’s partner – that should be moving.

The filming of Cruise, using lots of space in Shoreditch Town Hall and including Jai Morjaria’s lighting design, is one of the best I’ve seen during lockdown. But it’s still a relief to know that a stage production is planned – at the Duchess Theatre from 18 May. This online screening, so close (hopefully) to a return to the stage, could serve as an interesting comparison. I wouldn’t be surprised if a live performance of Holden’s calibre irons out some reservations and it is certainly something to look forward to.