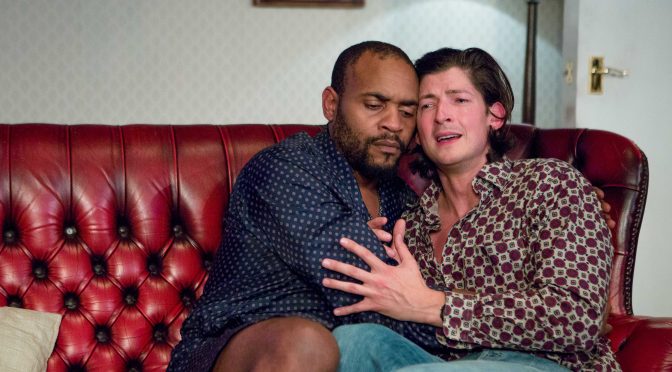 Director Adam Spreadbury-Maher’s revival of Kevin Elyot’s first play offers a glimpse of a writer working up to big things. Written 12 years before the success of My Night With Reg, this 1982 piece has style behind a stumbling structure and a forthright voice that wins respect. It’s the story of an open relationship – between Tony and Greg – threatened by the latter’s affair with their young cleaner Robert, in which Elyot worked hard to present a view of gay life at a particular moment in time.

The play has enough explicit sexual reference to still shock. The pre-AIDS epidemic sexual escapades get the best of Elyot’s humour and sharp lines from erudite characters abound. The cast are good with Elyot’s jokes, especially Elliot Hadley, who plays the couple’s camp friend with the skill of a stand-up comedian. Tom Lambert’s Robert, who upsets Tony and Greg’s agreement to have only casual flings, is also strong, working his wide-eyed naivety and toying with a glint of mischief that it’s a shame Elyot didn’t explore further.

Coming Clean aims at big emotions with poetic yearnings. But both depend on the central couple, and Elyot doesn’t give enough to deliver this. Jason Nwoga plays Greg with a cool air that makes his character believable and rounded but it’s a thinly written role. Lee Knight’s Tony has a convincingly acidic quality that makes him too unappealing. As a result, Knight struggles in lighter scenes, making the humour overwrought. When real feelings are called for, a great performance is produced. The confession that the open relationship is never what Tony wanted isn’t much of a revelation, but Knight makes it moving.

Spreadbury-Maher shows an intelligent appreciation of Elyot’s writing throughout, he makes the most of what is really a minor work. Coming Clean takes too long to get to its simple points, dragging out a slim plot to arrive at an uninteresting conclusion. It is predictable and, while the repartee is bright, the characters are dull. Maybe My Night With Reg hangs over the play too heavily, leading to inevitable disappointment? The key might be to come clean to the play itself, in an effort to appreciate its qualities in the same spirit as this admirable cast and creative team.