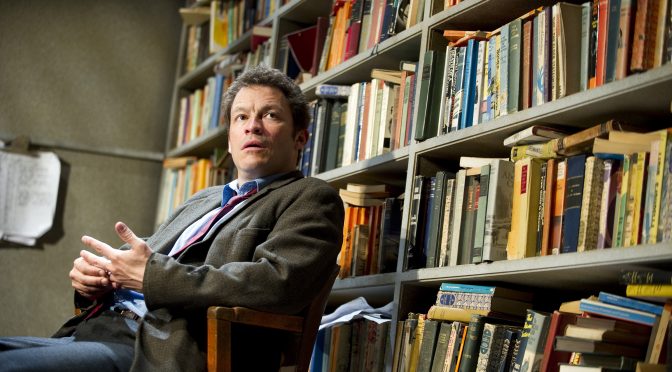 Butley is in trouble. The eponymous anti-hero of Simon Gray’s play has left his wife, is being deserted by his friends, and his career as a university lecturer is full of petty politics and pesky students. Lindsey Posner’s impeccably directed production of this comedy classic is the West End’s funniest play. To use a critical cliché, the English tutor would no doubt condemn – it’s unmissable.

Butley has an egalitarian edge that makes him likeable – he’s nasty to everyone. His dowdy colleague Edna (the wonderful Penny Downie) has her high ideals about collegiate life mocked mercilessly. Anyone who has ever hated work will understand Butley’s boredom; his desperation makes him a mid-life everyman and his wit makes him adorable. He deserves to be punched – but you know he’d come back with a killer line.

Butley’s passion for his “creepy” prodigy and now colleague, Joseph, played with intelligent nuance by Martin Hutson, is flirtatiously ambiguous. It’s unconvincing that someone as brutally honest as Butley would be a repressed homosexual (text excised from performance makes this explicit) but love is at the heart of this couple’s relationship. As moving as it is entertaining, it makes Butley an original examination of male friendship.

Being friends with Butley is worth it. Manic, indolent, fey and mendacious, the title role is performed mercurially by Dominic West – this is a landmark performance for him. Gray’s creation is an Ambrose Bierce of the stage, yet West does him justice with a comic ability that makes the shocks, spills and laughter flow, just like the whisky Butley downs. Performance and play are something to celebrate – I’ll drink to them both.